Local people has known the shrine as “Gokon-san”. Though founded year is uncertain, it is said the Emperor Seiwa named the shrine in 862.  So, Gokonomiya-jinjya was here in Fushimi for almost 1200 years. 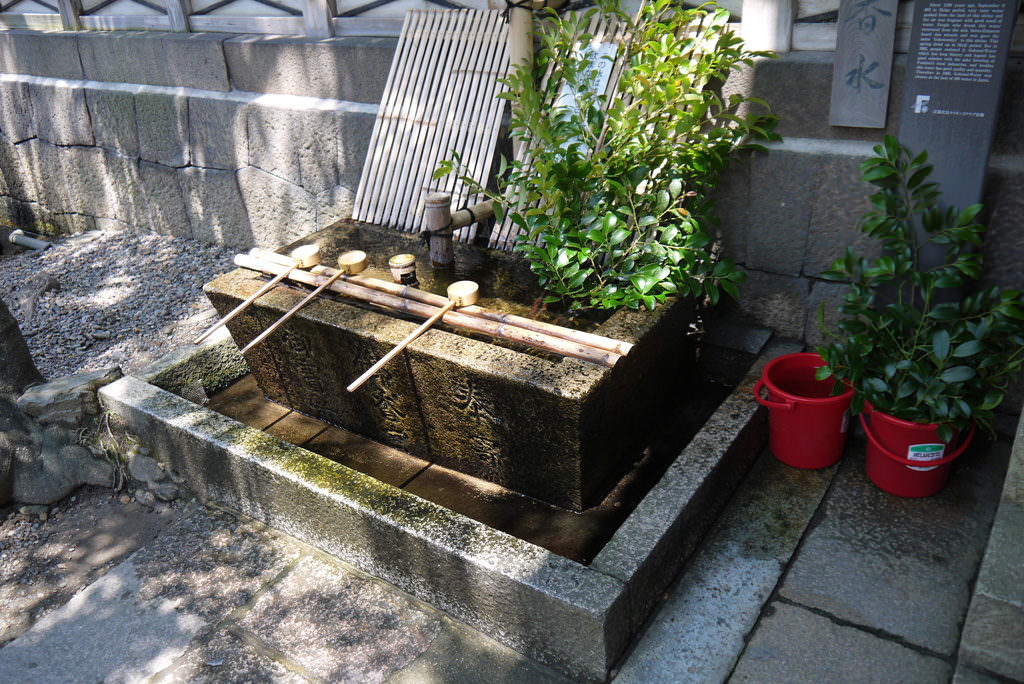 This shrine is famous in “Goko-sui”, the famous spring water.  Lots of people visits to bring this spring water back home.
In 862, the aromatic water began to gush free in the grounds of the shrine.  Local people say that the people who drank this water was cured from the illness.  Until then, people called it “Mimoro shrine”.  But the Emperor Seiwa, who was the Emperor then, named this shrine “Gokonomiya”. And named the gushed water from the grounds- “Goko-sui”(“Goko” means aromatic).  Meaning the spring water in Momoyama area, and Fushimi was named after this “Fushi-mizu–Goko-sui”.  Still, its water is known as miraculous water, and are used for praying for curing illness. Also it is used for tea ceremony, calligraphy and domestic use.  In 1985, “Goko-sui” was certified as a “Selected 100 Exquisite and Well-Conserved Water” by the Environment Agency. 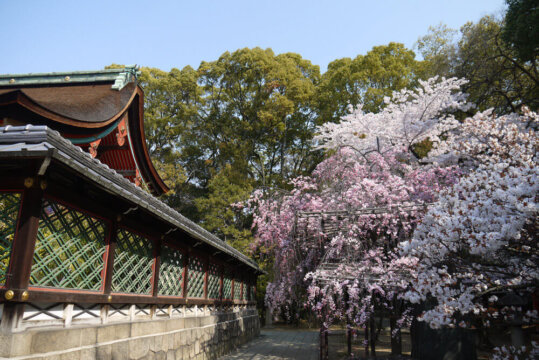 It is said that water there was used as the newborn baby’s first bath when Yorinobu Tokugawa, Yorifusa Tokugawa and Yoshinao Tokkugawa were born. That was also when Tokugawa-Gosanke (Tokugawa head family, Owari-Tokugawa family and Kishu-Tokugawa family) was born.
From these reasons the shrine got famous for the good luck on safe delivery and the child raising.

Lots of the historical persons such as Ieyasu Tokungawa, Hideyosi Toyotomi, Ryoma Sakamoto, the patriots from the end of Edo period came to visit Gokonomiya-jinjya.  Why don’t you visit here and travel along the historical figure when you visit Fushimi sake district?

Our sake tour is held just a few min away from this beautiful spot. Come and join us then you will find the real Kyoto in Fushimi sake district!

Fushimi Sake District Where to Go in Kyoto